To save America, defund the schools

August 05, 2020
Dear H,
I've just been informed by a friend that school's closed this year, but you can send your kid to daycare -- in the closed school.  For money.
There are online classes, of course; but why?  They're terrible for children; and we know, now, that the disease itself isn't the issue.  Matt Walsh reports that kids are three times more likely to die of the flu than COVID-19.  So we know schools aren't being closed for their safety.  We heard that childcare costs hundreds a month, per kid, which we know parents can't pay, since many of them are too poor.  We heard that teachers are essential, and then were told, by the teachers, that they're inessential.  LA County told us they'd take the children back -- if we could stop all "police brutality," and adopt universal healthcare, and mail-in voting.  I would personally rather not send them.
The solution to this whole fraud is simple.  Truth is our teachers are overpaid and incompetent.  Why send your kid back to school when, according to The Root, 75% of all black boys in California, where state spending on students is enormous, can't add or read or write intelligibly?  Why put your kids in a classroom where there are 30 students to one teacher?  Or where you're a white God-fearing conservative, and the teacher hates America?  Or where teachers can't discipline children because doing so is "racist"?  Or where you don't have the time to meet and assess all the teachers?  Or where grades are curved to pass dunces*?  Or where your voice gets drowned out, as a parent, because the other parents won't stand up with you, or won't even show up?
The US Census Bureau reports that in 2019, a year when tax revenue was steady and teachers showed up for work, that Americans spent, on average, $12,000 a year per kid.  In truth we spent it but we didn't have the money.  State, national, and personal debt continues to dig us into a grave.  Every year we dump money into this abyss and the education largely gets worse.  The teachers get more radical.  We don't get the classes we really want.  There are too many students per teacher.  We don't like the kids in the school.  But what if we took this money that we don't have?  What if we cut it in half, put the money in the state fund, and redistributed it to each and every kid in the state?
What this would mean is revolutionary.  First off, note what it would do for teachers.  No longer paid a measly salary to be overrun and underequipped, the rate of pay would skyrocket as the job itself would get easier.  You recruit 15 kids and now you've got 90,000 bucks.  In a poor state this is a gold mine.  Less students and more capital.  You spend $10,000 on materials (if that) and $15,000 on rent and you're still left with $65,000.  And this is at an easy $6,000 per kid, $747 less than the rock-bottom cost in the cheapest state in the union (hello from us in Idaho).  New York State already spends $23,000 per student according to the Census Bureau.  What have we got to lose but our chains? 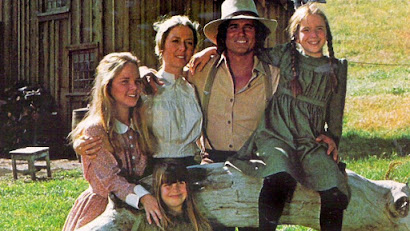