The hippies are nearly always good for a laugh unless you have to deal with one.  Then they're downright insufferable.  Most people who call themselves hippies are actually just for natural living and easy vibes; but in reality a hippie is a person who rebels against modernity; and beyond this it's a person who rebels against civilization.  They're against factories because they believe we came out of the grime and against soap because grime comes out of us.  I have no idea how this makes them natural but it's what they believe, and with this in mind it's a miracle any of them wipe themselves.

A refusal to use soap is actually where I draw the line and say they're from hell.  But what people forget is that sixty years before the hippies people didn't shower daily either; and that while hippies style themselves as rebels this fact is responsible for making them the staunchest conservatives.  I've already quoted somewhere that The English confuse soap with civilization and they'd only confused the two of them recently.  The hippies in this respect and in terms of a tribal political theory and the radical egalitarianism of Jesus and the general hatred of hygiene and opposition to the industrial revolution and to any number of obvious improvements to human existence are not actually new or fresh or even interesting.  They're as senile as humanity has ever gotten, and may be compared not with youth but with the extremity of old age* -- in fact with the people who existed so long ago that they lived in times that are pre-historic, and so blind and so deaf and with noses so gone that they're against anything as rock-solid as aesthetics.

But the fact that the hippies are so uniform in their oldness is proof to me that even a general rebellion against society is a pledge of allegiance to others.  You can't just abandon all flags; in truth you can only switch them.  And a general rebellion against "society" isn't and never will be an assertion of freedom.  It's an acceptance of terms that have already been chosen for you.  A hippie isn't free to pick what he's for and against.  Society has chosen one way and so he has to go in the other.  He isn't a thinker but a reactionary -- perhaps the most mindless of reactionaries.  Society says "for" and he says "against" and then he joins a group of other people who are uniform in their againstness.  Life is never more conformity than in a commune. 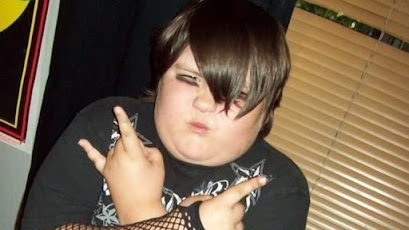 Until recently I was under the impression that many teenagers go through a time of rebellion.  In fact they do; but this isn't responsible for making them rebels.  To rebel against your parents happens every time a person moves out of the house. It's everyone's personal Declaration of Independence, guaranteed (unless you're disabled) by law, as mechanical as clockwork and as inevitable as taxation.  Rebelling against people who are older than you is as obvious and necessary as getting a job.  Rebelling against people who are the same age as you makes you a rebel.  Taking a stand against your peers is the danger.  Maintaining a truth when popular girls hate it is individualism.  Doing what's right when everyone says that it's wrong is what makes you rebellious.

A rebel doesn't have to be rude and he doesn't have to constantly fight.  A smart rebel knows that some things aren't worth fighting about and leaves them alone**.  A rebel laughs in the face of false morality and double standards and bad ideas from serious people.  He likes what he likes and he hates what he hates.  The smarter he is the more he realizes that even his challenges to rote morality are moral.  He never challenges "modernity."  He never challenges "orthodoxy."  He believes in no buzzwords like "progress" and "change" because life is always changing and progressing and eventually it's for the worse.  He analyzes things bit by bit, time after time; weaving truths in his mind to a pattern only he sees; mixing policies and experiences as only he sees fit; blending utility and idealism in ways that shock both scientists and pastors; asserting his individuality when necessary and quietly conforming when it suits the general purpose.  His ideology is both taken from the ages and homespun, new and old, timeless and temporary.  His primary concern is not whether his ideas are rebellious or herd-like, "good" or "evil," offensive or acceptable.  He worries about whether they're true.  His joy is in their discovery.  His mission is in their expression.

There's a myth in American society that in order to be a rebel you have to be a leftist.  So far as I can tell it's the opposite.  To be a leftist is to be against all rebellion; against everything like inequality and failure and financial independence and rugged individualism that makes all rebellion successful.  Like the hippie, the leftist claims rebellion for himself while doing everything to crush it; and in doing so smothers the people who would have been heroes and champions.  They don't like property rights because they can't handle others' successes, and they can't handle free speech because they won't let us learn from their pet people's failures.  They claim to be rebels because rebellion is appealing.  They spurn real rebels because successful rebels hate them.

*The fact that the elderly are considered innocents is one of the greatest cons of human history, played upon each rising generation too young to know any better. In truth this community of criminals has the longest record at this moment and every moment, and the reason we don't know it is because we weren't around to see them make it.

There are several reasons their facade is successful. The first and least is they've done so many stupid and horrible things that they've learned the practical value in being "good" -- which is, in a kind of backward way, praiseworthy.  The second (and I think more important) thing is that they've run out of energy and don't have the will to do anything bad. Add to this the fact that their voices are soft and their penises don't work and they're habitually sick and what you end up with is a picture of a man who not only doesn't cause trouble, but is capable of playing a victim.  He can't even cheat on you because you won't date him.

A safe way to look at humanity is by knowing that young people eventually get old and old people always used to be young.  I have no patience for old people complaining about young people.  Old people (and not young people) should be the most interesting and valuable and brilliant people on the planet, less magnificent only than beautiful women.  A good look around you will prove that most old people have spent a lifetime stuffing their faces and watching the tv.  They've not only failed to improve themselves actively.  They've failed to improve themselves the most natural way, which is to do it accidentally.

To meet a truly great old man is like meeting a god.  To really have respect for someone who's older and more experienced and smarter and tougher than you is a gift straight out of heaven.  It fills you with the fear that all your inadequacies will be exposed and in so doing forces you to behave.  You have no choice but to shut up and be reverent; to listen when you would have spoken and to watch when you would have been acting.  But this kind of old man is a minority, and even in a world with an aging demographic he's becoming as rare as a rhino.  Moses said young people should rise in the presence of a gray head.  The quality of our grayheads leads me to believe that they should rise in the presence of us -- for at least the young are still beautiful.

**There's a very common misconception that being a rebel means always rebelling.  The truth is you don't need to and in fact you shouldn't; and that rebelling because you believe in being a rebel means you're just as much a lemming as the people who take pride in their conformity.  Consider the following quotes:

"Never tell the truth to people who are not worthy of it."

"Cast not your pearls before swine."

The first quote is by Mark Twain and the second by Jesus, two of the most rascally iconoclasts I can think of, who made careers of pissing off authorities and mocking the powerful.  Their policy is to keep your mouth shut when you're dealing with a jackass.  I for one agree with them; and if Westerners are fond of mocking Muslims for the policy of taqiyya, they forget that Jesus was only one step behind them.  Jesus said to not say anything.  Rahab lied and because she lied she's a hero to the Apostles.