For a little while now I've considered our opioid epidemic God's punishment on Americans for being boring.  It's the drug habit fit best for a people who love ABC Family and eat Macdonalds.  It lacks the festivity of ecstasy and acid's feeling that you're being enlightened.  It has no cultural crusade because it's the byproduct and not the stimulant of a culture.

It has none of the party but all of the hangover.  It has the all the hallmarks of inevitable age and decline.  You can't drive and you can't poop and you can't get an erection.  You get it because you're in pain and then the thing that was supposed to make you numb is eventually the thing that hurts.


Everything about the national disease corresponds almost perfectly with a nation in decline: a habit that's mistaken for a virus; a capitalism that's become drug-dealing; a war on drugs that misunderstands the meanings of war and of drugs; in the case of pharmaceuticals a slow and inglorious death instead of a crash-and-burn on cocaine.  You blow out your liver because you were too scared to blow out your brains.  You call yourself a victim because you've thrown away the dignity of decision.

More than this it's a "malady" that corresponds with our morality.  Our drugs lack the mystic wonder of the hippies and the die-hard go-getting of the 80's.  The 60's got us into mushrooms but we aren't any longer interested in a new perspective.  The 80's got us into cocaine but we aren't any longer dying to feel alive.  We choke down the aging recycled feel-good do-nothing platitudes of Martin Luther King Jr. and Gandhi and some watered-down Chinese knock-offs of Jesus.  We weren't quite ready to do anything good so we threw away everything good to fake it.

Don't fight the communists in Vietnam turned into don't criticize the terrorists on US soil and don't stop the rioters who are burning down Baltimore.  Don't have a border.  Don't value your culture more than others.  Give away your guns for the sake of the children.  Don't evangelize at work or talk politics.  Spend unborn people's money to save old people.  Check your privilege.  Don't judge people who it isn't popular to judge -- who are always the people worth judging.  Think everyone is as good as everyone else and wait for the government to save us from our consumerist pollution.

American morality is custom fit for people who want to look good in front of their friends without thinking too hard and without doing too much.  You don't want to work hard but you need all the right slogans.  If we keep letting them in then we keep looking generous.  We let others bear the burden so we look like we're strong.  The right moral opinion about the right color and a fake gender is the right currency.  A "good" man isn't necessarily good for anything but he fakes openness to everyone.  He pretends to love the most backward foreigner and becomes harmful to the people living on his street.

In short we have a passive and counterfeit morality and a drug habit to match it.  No longer content with prudence we're more content to not look like prudes.  We don't value fortitude because it's a sin to ask people to man up.  Our charity is political instead of personal.  Our social justice means lying about obvious truths.  Our hope is no longer in our God or even in ourselves but in the flood of third-world foreigners we pay less than minimum wage to harvest our food and change our adult diapers and tell others we're moral and eventually save our government pensions from an aging demographic. 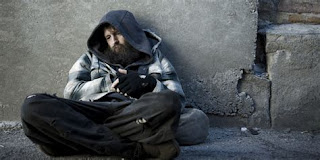 Even our sober entertainment is passive beyond historical precedent.  We believed temperance had only to do with certain intoxicants so the American watches five hours of tv every day and clogs his arteries with Pizza Hut and chokes down his percocets.  Opioids are the perfect drugs for us because we're unfit to live life and we know it; and the areas we're fighting it are the areas we are losing at life worst.  Opioids are the obvious choice for a passing people whose morality is cultural, spiritual, and political suicide, and want to let themselves easy into their graves.

PS: It may be objected to this essay that there are other non-moral reasons for the opioid epidemic, and I would object to this objection that the only reason for a drug epidemic is morals.  Consider the following.

Two articles came across my desk this week, one of them a medical concern and the other concerned with our morals.  There have been many times when our moral and medical concerns were opposed; and many of the times this has happened we've been throwing our infantrymen into barrages of bullets.  But the nature of this controversy was entirely different.  For the first time in human history, our infantrymen were our women, the enemy was our men, and the shots they were taking were made of tequila.

For those of us who were unaware that such a war ever existed, to our leftists it did; and the end result of all the late-night battling and sleeping with ugly partners and making other terrible decisions was that we would land in a stalemate, and the stalemate would be known as a victory.  Praise the Lord, women and men are now drinking the same number of liters.

The Atlantic, which places its hopes and dreams on the side of the stalemate, is now celebrating the close of the "drinking gap;" and the Pew Charitable Trusts, who've lost all interest in equality and instead retained their humanity, have decided instead to take sides with her health.  The former believes that victory is the in the amount you consume, and that the amount women consume should be regulated by men.  The latter believes winning is not ending up in the hospital unnecessarily, and that they best way to drink is to enjoy your life doing it.

That we've come to a point where health and morality have taken opposite sides is an unfortunate sign of the times; an age when science and health and happiness are all subjected to the unreasonable mandates of equality.  What doesn't matter is that women live well or that they're happy.  What matters is whether they live equally to men.  What matters is that, like overgrown children, whatever others have done they must do too.  And so they set bars for themselves not based on what they actually want or what's good for them or whether or not they should do it.  They do things because they're worried that somebody else is doing them.

We're killing our women because we refuse to believe that they're women.  We're ruining them because somebody told us to believe we're the same, and we're so terrified of not fitting in that we couldn't even challenge them to something as obvious as an arm-wrestling match.
America ethics political correctness practical advice social justice warriors