You feel pretty? A counterpoint.

Amy Schumer's I Feel Pretty is the latest film in a long series of songs, books, movies and sermons with a single and regrettable purpose: to tell women they're perfect.  Of course we know women aren't perfect and the majority of them aren't even pretty; and that flattery exists not for the benefit of the hearer but the benefit of the speaker.  And there's a lot of money to be made by speaking it. 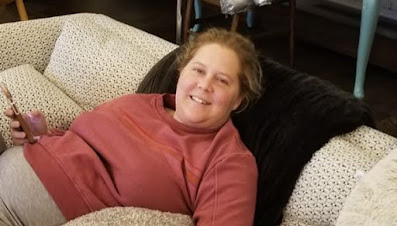 Not off of men, but off women.  A man's self-help book, if nothing else, starts off the only way a self-help book should -- which is telling you you're inadequate and you need to help yourself.  A good sermon ought to leave you with your tail tucked between your legs.  We go to men who are better than us and know better than us so we can end up better than us; and the rare man who dares to tell us otherwise, say a Joel Osteen with a God loves us just the way we are and the blessings are coming if we'd only just kick back and receive them, are passed by every actual achiever and winner-in-life, only to be picked up by women, children, wankers and half-wits.  No successful man posts success quotes unless his business is selling success quotes.  No beautiful woman, unless she has an ulterior motive, consistently maintains that every body is beautiful.

What Schumer won't tell you is that love is a war.  Men are a resource, like water and livestock and gold, and if you can't get men to invest in you you're a goner.  You might make it through life by the skin of your teeth but that's it; and even if you make it your genes won't.

Other women's will go on.  Some women's genes will get better and brighter.  Their children will be better looking and better thinking and better connected and better fed and housed and clothed and taught.  You get the wrong man, a lower-rung man, and all of this goes down the drain.  The greatest investment you'll ever make, that into your children, will be more bitter and difficult and more likely to end in failure; and if you choose to be a career woman you'll rarely get to see your kids.  They'll be raised largely by somebody else, and bail on you the moment they get a job -- so they can fight for their own genes, which you had improperly fought for and saddled them with.

As such you know by instinct who the best men are.  You know who can provide.  You know who you want to have sex with.  You can tell, with a little research, who's best with kids and who can solve problems and who's likely to fight off your enemies.  The problem is other women do too, and the likelihood of you getting all these things in one man is slim to none.  The lower down the totem pole the more compromises you have to make.  The more likely you are to have to deal with a deadbeat, or a drunk, or a sloth, or a sleazeball, or a mess, or an idiot, or a brute.  You fail at being attractive and you end up sharing a bed with someone you aren't attracted to.  Someone else walks the aisle with your dreamboat.  You wake up every day next to a face you don't want to wake up to.

As such you have to fight for what you can get -- the opposite of what the Schumers are telling you to do.  They say don't move.  You're fine where you are*.  Every sermon you swallow you get weaker against the other women, who are keeping in good shape and walking the right way and practicing their manners and studying the art of womanhood, known as femininity, on Pinterest.  Your voice is untrained.  Your posture screams unfit.  Every step you refuse to take is a step you fall behind.  Your man, the man you want, the man who has options because he himself is the best option, passes you over because someone else worked harder, looked better, spoke more beautifully -- was a better fit for a better home.  He invested his genes in her not because she could bring home the bacon but because she was worth bringing the bacon to, and beyond this getting in a fight for.  Every man needs a goddess or his life is a shipwreck.  A snake-oil saleswoman, like Schumer, says he'll take a Venus of Willendorf instead of the Venus de Milo**.  What she's actually selling you, the customer, is a satyr.

The reason women buy into Schumer isn't because they're stupid.  It's because they're tired of fighting.  Tired before they even have children.  The sign of a woman who's unfit to breed.  They think that denying the war is the same thing as fighting it, and that by a series of lectures they can control the one thing they want more than anything else -- the centerpiece of the evolutionary struggle, man's sexual desire.  The Schumerite is an alchemist and her patrons are all going broke.

PS: It ought to be noted here that the few people I have ever called perfect were women, and the same goes for the people who said it to me.  Unless you're a man, no woman can ever tell you you're perfect.  No woman has the right to tell you that you're beautiful.  Your mom is the only exception, and even then I wouldn't trust her.  The few times I've ever called anyone perfect it's because I wouldn't change them, and this -- this infatuation known only to a parent or a lover, the thing that says your flaws are irrelevant and worth every penny of purchase, is something womankind can never give you.  Because at bottom women don't really need you.  But men and parents do, and you desperately need them.  Who hires a plumber when he needs to diagnose his transmission?  Why go to a woman for what you need to hear from a man?

Those of us who have loved and then lost -- this tragedy of actually being loved in return and then tossed into the trash bin -- know that the best way to secure a relationship is to have something better to offer.  Not only than your partner but than your competition.  In a non-religious society, marriage is a flimsy pretense to security.  A woman can leave you at any time.  As such the safest way to go about marriage is to every day be more attractive to the opposite sex, and to every day be an object of greater jealousy.

As such you should have more to offer in your 20's than you did in your teen years, and more in your 30's than you did in your 20's.  The man my wife married should be worse than the man he is now, and her friends should want me more than they want their husbands.  The qualities of a young man are only a down payment on the purchase of a wife.  The creation of a family means they need more muscle for protection, not less.  They'll need more answers about the world and more directions for the home, not sports stats and local news.  I should be an expert flirt, a joy to be around, and a source of security.  In short the war must go on -- this time harder.  A husband who lets himself get outclassed by 20-year-olds isn't letting himself go.  He's letting his wife go.  A man's chief interest, well into his 50's, is to be the kind of man a woman meets and wants to make a baby with.

This isn't a guarantee of anything, but it's a good start.  Above all else remember the words of Benjamin Franklin: a marriage without love leads to love without marriage.  An object of jealousy is worthless if every woman wants to be around you except your own wife.

**The most common argument against beauty standards is that they're different across the globe and they're changing from day to day.  A bombshell in the present day is different from a bombshell from the Victorian Era, and the bombshell from the Victorian Era is different from a bombshell from the Bronze Age.  This theory is not a testament to feminine intelligence.  What we know without a shadow of a doubt is not only that a species, as it evolves from another, no longer tries to mate with the species it came from (what chicken ever mated with a reptile?), but that nearly every species within itself has members it refuses to mate with.  Monkeys are picky, for goodness' sake.  Lobsters are picky.  Everyone is picky except dogs and our feminists, who insist they'll bang anyone and never walk the aisle with a 90-year-old.