The meaning of life

I'm no expert on the meaning of life, but if I had to venture a guess, I would start with finding a woman you like and repeatedly impregnating her. 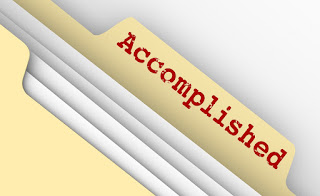 There are of course other things people set to rival this, but in my opinion all of them fall short.  The key is in the dependencies between them.  You can't start a family safely if you don't have a good country or a good neighborhood, so we throw politics in and then call it patriotism.  You can't have a family for long if you all starve to death, so we throw in economics and work and then call it industry.  You want to keep the money you earn and you want you and your wife to get along, so we throw in ethics and we then call it virtue.  And in the end you find yourself throwing so many things in the pot, such as liberty to let you do what you want with your family and equality to keep other families from trampling yours, that what you end up with is a stew of so many meanings that the meaning ends up being life itself.

There have been many attempts to condense the meaning of life into "the greatest good" and all of these have fallen flat.  The easiest and most common way to condense it is by saying our purpose is living for God; but in the end what we're really saying is that the purpose of God is to condense all these things.  We say that God is the end of all things and that God is good -- but if we ask why He's good it's because He's love and wisdom and safety and abundance and order and beauty and justice: all the things we wanted on earth and never really got in entirety; and when we say we want Him we really mean the things that He means.  Without these we wouldn't call Him good, and I find it hard to believe that if He lacked many of these we wouldn't call him evil.  A God without gifts is a God without songs.  Even Ba'al brought the rain.

A lot of philosophers tried to go around this most obvious method by skipping God and arguing about what's best in life.  Many answers were furnished, including health and beauty and virtue and riches, and then when they had these options they tried to decide which of them you should choose above the rest.  Many of them tried looking holier than everyone else by saying it was virtue -- virtue without health or beauty.  Some of them said health came first, and you could do without beauty or virtue.  But in the end what we found was that to many the chief good of life was to argue.  There is no world where we can do without any of these.  You throw away any two of them and you're left a disaster.  If virtue doesn't lead to some kind of beauty or health or riches then I say to hell with it.  And quite frankly I would rather hang myself than live a life without beauty.  I want it all, and if I can do without being rich, it's only because I've got enough to not worry about starving.

As such there is to my knowledge no "meaning of life."  There is no overarching plan or purpose that overrules the other plans and purposes.  There are the things that you love, the things you love for getting you the things you love, and the things that ruin what you love that you hate.  There are little glances across the table at your lover, good jokes and good talks with good friends, taking home your earnings and spending them on what you want, resting in a warm and comfortable bed, training your body for the struggles to come and knowing you're ready, having your children pounce you in the morning, watching an enemy convert to your team or implode, fighting for a country you love, praying to God for the wisdom to not screw up, ordering your household, a hot meal and a cool shower, learning about what mankind does and did to guess what they are going to do, saying and singing beautiful things, being responsible for a devastating riposte, earning the respect of your bosses and neighbors, watching and listening to and telling great stories, expressing yourself through the creation of things, sitting with your parents on the lawn in the springtime, laughing at morons, getting buzzed on tequila, and impregnating a woman.  I refuse to pick any one of these over the others -- but if I had to start anywhere I would start with impregnating someone I like* and then working my way outward.

*Playboys are an embarrassment to mankind because they're afraid of breeding; and when they aren't they're afraid of taking care of the children they breed.  But there's another kind of man only slightly less embarrassing than the playboy, and it's the man who takes no pride in the number of his offspring.  I've tried hard to understand men who only want one child or no children and thus far they remain inscrutable.  What kind of power lies between their legs?  We'll never know, because they're apparently uninterested in proving it.  But we can guess.

Rich women have been blamed for centuries for not breeding many children, and it was thought that the reason they didn't breed much was because they were too busy doing frivolous things rich women do, or trying to watch their figures as they aged.  For this reason philosophers and scientists struggled for ages to find out why societies that became rich became sterile, and their sterility got them overrun by foreigners.  They were looking in the wrong direction.

As we now know, it turns out that it was the men's fault all along, and that rich men who don't have any muscles and don't get their sleep and aren't used to struggling and have their slaves and hirelings (and in our case our machines) do everything difficult for them are bad at producing sperm.

Other theories have been advanced.  They thought it was because of the chemicals in the water, but we did tests and the Indians have more chemicals in the water and they're doing just fine.  They say it's because of the food we eat, but the Irish were eating only potatoes and Adam Smith says the poorest of them could crank out twenty children in a lifetime.  My theory is simple.  A lack of physical struggle leads to weakness, and weakness leads to infertility.  Muscles are a sign of struggle and that's why women like them.  They know on some level that a fighting man and an energetic man is a breeding man; and they marry "nice" informational technicians with lots of money and long desk hours and no testosterone and end up lusting after firemen and Marines and mechanics.