What exactly is culture?

May 21, 2022
Dear M,
Yesterday I met a man from Mumbai.  He happened to mention that he was new to Idaho, so I asked how new, and it turned out he'd only been here a month and a half.  He spoke good English, and I learned he'd gone to an English-speaking school, which made his getting a job here in Idaho possible*.
I asked him what he thought about Boise and he said he loved it here better than Mumbai.  People don't care about you in a big city, he said.  Whether you live or die makes no difference to them.  But here in a little-big city like Boise, he said he could stand outside a store with a large purchase and people would ask if he needed help.  He'd already done this the day before and been asked by eight people.  He'd never seen anything like it.
His wife and children had the same impression, and were generally impressed by how healthy the culture was here.  Not the same ugly bustle of a New York City or a Philadelphia, the facelessness of the crowds, the concern for you and yours and yours only, but a real humanity that sees a neighbor as a neighbor and asks him if he needs anything.
The irony of the situation is that red-staters, and particularly people from rural areas, have a reputation for not only being unfriendly to foreigners, but for being morally cold.  The cities on the other hand have a reputation for tolerance and empathy -- the idea that people care about the downtrodden and forgotten, and that they're doing whatever they can to help.
I believe this reputation exists partly because big city people are so faceless and downtrodden.  First of all, it's widely recognized that blue states, where people have a lust for equity and "equality," are places where economic disparities are sharpest, and the ultra-wealthy, who run the affairs of society and tax the elderly out of their retirement homes, live almost next-door to the street junkies, illegal aliens busting their backs for bare sustenance, and the people ground into the dust by giant corporations like Amazon.  Big cities in blue counties are also known for people sleeping and shitting on the streets, for drugs and all kinds of crime, and for the racial divide being so bad that whole blocks get burned down when criminals get shot.
Because of this, blue states are places where "egalitarian" policies are upfront.  Not the reality of it, but the emotional fanfare.  Nobody can tally the maybe dozens of times you need help and a stranger shows up and offers support; but a public program, payed for with taxpayer money, has a long campaign to get it started, and leaves the city or state with a reputation for giving -- even if the average person gives less personally, which The New York Times admits they do.  One place has a giving culture.  The other has a giving machine.  And it's the machine that gives a reputation of a culture, because we can all see the machine and who voted for it, but the culture has to be experienced individually. 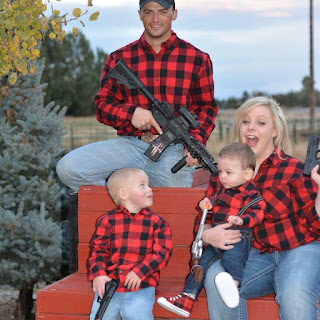 When people say a place like Idaho doesn't have "culture," what they mean is we don't have a booming place for "art".  To the lopsided city-dweller, painting, writing, music, fashion and filmmaking comprise almost the totality of culture.  But beyond these, most things in life take art, and Boise has a preponderance of them.  Such as the art of being neighborly, or driving politely, or gardening -- the latter possible only where people have yards big enough for gardens; or raising chickens, or raising a big family, or church-running, which thrives here where there are lots of Mormons, and social cohesion is extremely strong, and everyone is watched over because they're considered important.  There's also the art of farming, and hunting, and fishing -- and let's not forget the art of business, which exists here just as much as in Seattle, or San Francisco, or New York City.
Big Tech is important, but it isn't the only important business, and if feeding your family and making the customer happy is the purpose of all business, and in fact the only way to stay in business, then Idaho is doing pretty well.  We have plenty of mechanics and barbers and the techies of Micron -- not to mention the big agribusiness of Simplot, which fuels farms and ranches all over the world and even supplies fries to McDonalds; Albertsons and Winco, which deliver goods all over the US, making large-scale production possible; St Lukes and St Alphonsus, which deliver top-notch medical services to rich and poor alike; and hordes of dentists, miners, builders, theologians, professors, dancers, and everything you could possibly imagine to make life livable, and even bearable.
To those who say we lack "art," the invention of TV and the internet has spread the best and worst of humanity wherever there's electricity anyway; and anyone can buy Tolstoy, because books are sold cheaply, and they can be mailed through something (ever heard of it?) called a postal service.  This is a flyover state only to people who are too brainwashed and uncultured -- I would add here too prejudiced -- to recognize a thriving, healthy, relatively happy civilization.
I would add here that people from Idaho -- that is, people whose families have lived here for generations -- are a specific breed of Americans, and worthy of their own category.  Neither West-Coasters nor Rust-Belters, the Idahoan has escaped both the big-city perversions and the dying industrial wastelands to his left and to his right.  The men are beefier here, and more handy, and believe in themselves, because they themselves are worth believing in -- not the "I'm special because I'm gay or black" fraud pretended by the left-wing, but real confidence from self-sufficiency and know-how.  The women here are fairer, more fertile, and also, when true Idahoans, more handy than the average man from Seattle.
An Idahoan is usually simpler than a Californian: he oftentimes lacks nuance in his social and political positions, and is generally bad at bullshitting, and worse at humor.  But his simplicity comes with a benefit.  You're getting someone almost untainted from the mass-cramming of people, who can still see a stranger struggling and offer to help him, whose nose still functions, and smells the rot of a sodomite or a street junkie; who can still be genuinely disturbed, and thus still possesses some semblance of purity, and wholesomeness.  Things are sacred here, and thus we West-Coasters come off many times as disgusting.  They include me here sometimes with the degenerates, and after some thought, I sometimes have to agree with them.
Yours,
-J
P.S. The man from Mumbai wasn't the first Indian who spoke well of us in front of me.  I saw another Indian (my favorite kind of foreigner) say to his son in a thick accent, right after getting change from a cashier,
You don't have to count this again.  In other countries you have to count it, but not here.  Here they give you exactly what they're supposed to.
I was tempted at first to say this isn't entirely true.  But I haven't lived in India and the United States, and he has, and who am I to question him?  Maybe we aren't all honest.  But the world is a place full of differing weights and degrees, and he weighed us and he weighed the Indians, and he found us to his liking.
*When people teach children another language they fail to instill in them what learning a new language means: that you were given the keys to a new kingdom.  You could almost say to another life.  And when you experience another life, your old one loses its monotony.  It's only by experiencing what foreigners experience, by living in it, by tasting, smelling, observing, chewing on it that you realize how strange you are, and that what you consider "normal" is only an option in a constantly shifting smorgasboard -- and that whether you like it or you hate it, it can be lost.
My family learned in Italy, when one of us attended a NATO school, that when something needs to be done for the kids many Europeans look for some official to do it -- but Americans see a need and start volunteering.  And we are in fact the public-spirited, volunteer, DIY society of the world.  This doesn't mean we deserve to run the whole world, but it does mean we deserve to run ourselves.
Get my free ebook essay collection by emailing me at letterssubscription@gmail.com!
Start your subscription today.
Support the Letters by sending a gift to paypal.me/supporttheletters or www.venmo.com/TheLetters