In defense of gossip

May 24, 2022
Dear S,
Jonathan Haidt argues in his article Why the Past 10 Years Have Been Uniquely Stupid that

Social media has both magnified and weaponized the frivolous. Is our democracy any healthier now that we’ve had Twitter brawls over Representative Alexandria Ocasio-Cortez’s tax the rich dress at the annual Met Gala, and Melania Trump’s dress at a 9/11 memorial event, which had stitching that kind of looked like a skyscraper? How about Senator Ted Cruz’s tweet criticizing Big Bird for tweeting about getting his COVID vaccine?

I would counter-argue that he should lower his expectations.  Democracy in the extreme (which I don't believe in) means not that the best of us should direct public affairs, but that all of us should -- including the least of us.  And this effectively means the worst of us.  The question isn't whether our concerns as a society are petty.  The question is how far you want to include the worst of us in fashioning society.
But beyond this I believe the things Haidt calls "frivolous" are pregnant with meaning, even if they appear petty.  Ocasio-Cortez's dress was "only a dress" -- but it said "tax the rich" when she's one of the richest people in America, and her nana was dirt poor.  This raised the question, should people put their money where their mouth is? -- a teaching of every great self-styled spiritual leader, from Jesus Christ to Michael Jackson.  Ted Cruz may have criticized Big Bird, but this raised several questions, chief of which was are children's shows also propaganda?  The question of Melania's dress may have been paranoid speculation -- but still raised the question of, do clothes mean things?  Even without words on them?
You can call these things petty, but each of these is actually meaty, and gives lots of ammunition to philosophers and pundits, even if they end up asking shouldn't you be paying attention to more important things?* 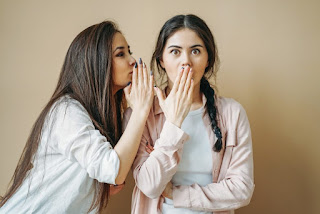