How to keep your man

April 29, 2022
Dear ladies,
I've been married for over a decade now, and married successfully, I think -- at least successfully enough to give some tips to some of you sub-par ladies out there who got married recently (or are getting married soon) because the dating pool is drying up and you can't keep wrecking homes.  Some people will tell you marriage is an art form, but they're wrong.  It's a science, and if you follow these universal, time-tested principles to not make your man hate you, you can stay married, which is one of the two necessary prerequisites, alongside being a good Republican, to get into heaven.
These principles are as follows:
1) Never be a stinky wife.
Stinky wives are the worst people on the planet, and, taken instance for instance, are responsible for wrecking more men's days than even ex-wives, whom husbands can no longer smell.  Step one to avoiding this catastrophe is brushing your teeth.  Also wash under your armpits and between your legs when you shower.  Feel like passing gas?  Then be strong like a man and hold it in.  Feel free to grit your teeth when you do this, if necessary.
Some people feel so strongly about passing gas at the table that some religions allow you to beat your wife over it (Surah 4:34).  If you belong to a religion that doesn't, don't feel too safe: every sect has its own dangers.  Episcopalians will let your husband wear a dress in public to embarrass you (they do this whether you fart or not), and Lutherans will let him curse at you like their founder.  The United Methodists are probably the safest sect for a farting wife to be in, since most stanky women belong to their church, and they won't take legal action against you, since being a United Methodist is already a punishment in itself.
2) Stay desirable.
There are two things that make a woman sexier than anything else, and one of them is desirability to other men.  This is nearly impossible to prove without getting in trouble (especially for the homelier women out there), so hire a guy at least once a month to physically chase you down the street in full view of your husband.
This will prove not only that you're desirable, but that you're faithful.  Make sure to not pay the same guy every month or your husband will recognize him out on the town and try to fight him, and probably end up in jail.  The first time it's charming, and even funny.  The third time?  The same guy?  You will both be chased by your husband, and believe me: he will catch you.
3) Exercise daily.
No, this doesn't include shoving food into your gullet.  Not only is it important for you to be fit, but it's good for your husband to see you working, or else he'll think you're a lazy good-for-nothing bum. 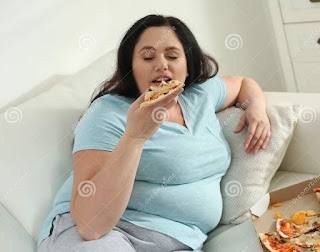 Women don't have much to do, so a woman who wants to keep her man will have to make some work up.  Dig a ditch if you have to.  But there's a method to making work up too.  Going out with friends doesn't count as "being busy": there has to be a moderate amount of suffering in order for him to approve of your schedule.  So buy a weight set and pack on as much muscle as you can without showing too much definition.  A man won't have sex with his wife if she has too much definition, but he will absolutely try to wrestle her -- and believe me, if it comes to this, you will lose.
4) Stop pretending to like sports.
Men just talk about sports because you won't let them talk about politics and other important subjects because you'll cry if you don't agree.  And we hate seeing you cry, especially for a bad reason -- why be a baby when a man can make babies to cry for you?
When a woman pretends to like sports it undermines her credibility.  We know you only watch it because you want to see men in tights bending over, which is tantamount to cheating.  In fact there is nothing men can watch (in public) equivalent to this, and we know that if we were to fake enjoying tennis, when women were required to wear yoga pants and bend over for the camera, you would see right through it and try to beat us to death: a battle which, believe me, you would lose.  Men are faithful to you, so how about being faithful to us for once?
5) For the love of God, stay sober.
Nothing annoys a man more than coming home after a hard day at work and seeing a drunk goomba laying on the floor passed out.  But even moderate degrees of drunkenness are ugly to us.  The key is to constantly prove how sober you are.
Don't be obvious: sing the ABC's out loud backwards every so often (do not do this in a baritone voice, which can be taken as a challenge), and show him how well you can stand on your tippy-toes.  If you do things like this at random, he'll be proud of how sober his wife is when so many wives are driving into trees and barfing on their children.
But be warned: in order to walk around on your tippy-toes you have to keep your weight down -- nearly impossible when eating is the only thing that gives half of women meaning.  If tippy-toes are impossible because you stopped using your legs years ago and you roll around on your sides instead, I recommend going with "particular models" of husbands, since some are more tolerant of this thing than others.  To find these models, please look out for the tell-signs, such as a sombrero, or spinning rims.
Yours,
-J
Get my free ebook essay collection by emailing me at letterssubscription@gmail.com!
Start your subscription today.
Support the Letters by sending a gift to paypal.me/supporttheletters or www.venmo.com/TheLetters