Some random thoughts for you this morning, well before sunrise.

1) There are two kinds of perfect people.  The first, a person who does what's "right" all the time, is a figment of the imagination and never existed anywhere, and in fact can't exist anywhere.  The second is a person you look at, at that moment, and wouldn't change a thing.  I know none of the first and lots of the second.

3) There are three ways you learn about race in America, the first being personal experience, which is 100% true, the next being what your friends tell you, which is partly true, because all of them are afraid of getting ostracized, and the last being what you're officially taught by people and institutions in power, which is mostly lies.  Always go with what your eyes tell you and forgive your friends -- they're under a lot of pressure.

4) By the time you're in your mid 30's, within seconds you can tell who parrots opinions because it's what they're supposed to do and who's actually in love with their opinions -- and whose love has refined them into an art form.  Once you get used to the latter it's impossible to enjoy the former.  It's a matter of life and death because it's a matter of the living vs the dead. 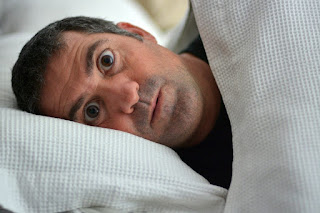 5) I don't know about other English-speaking countries, but in America you can only "tell the truth" if two of the following conditions are met:

a) Other people don't know the truth

b) People know, but you're "not supposed to say it"

c) Telling the truth could hurt you in some way

d) Telling the truth could hurt someone else in some way

6) America's race relations after the Civil Rights Movement can be summed up by the concept of loss aversion -- the idea that hanging on to what you've got is more important, to most people, than the potential for gain.  It was clear enough that many Americans felt bad about what they'd done to black people.  But how to move from there?  On the one hand you have the option to reach down to someone you've denied education for generations, and the chance to manage property, and to run a business or a city, and whom you've ground morally into the dust; and by a personal expenditure of time, effort, and risk, maybe see him get better.  Or you could stay completely safe in white suburbia, wish him well, leave him to his own devices and a few government programs, and keep almost all your time, effort, and resources.  Once we quit being overtly oppressive, white America did what we were programmed by God to do -- wash our hands like Pontius Pilate, and try to hide.

7) As far as Christianity is concerned, I'm the polar opposite of Thomas Jefferson.  Jefferson cut the miracles out of the Gospels and left us with the morality.  I would cut the morality from the Gospels and leave us with the miracles.
Neither of these by itself would give us the religion known as Christianity; but if I had to pick one, I'd take the miracles, the inspiration, the God-man, and the resurrection.  The morality is too impractical for real life, and if being saintly means getting yourself killed, you've should probably have a backup plan.
Get my free ebook essay collection by emailing me at letterssubscription@gmail.com!
Start your subscription today.