I imagine that back when we were wandering around in tribes the concept of empathy made sense.  Then Billy could get sick and you'd wish him well, maybe bring him some broth or a blanket, or if his arm was broken you could watch out for him for a bit.  To have someone you relied on go "sick leave" would be a doozy -- the worse if he's a great hunter or a fighter or some other useful role.  Even if he wasn't useful it could still hurt a lot.  After all you had been waking up every morning and seeing his smile and hearing him joke.  He'd be bouncing his kids on his knee and singing to them and you couldn't separate him from them -- not from his parents and lovers and uncles and such; and you were probably one of his cousins anyway.

In short there was no way for a tragedy to be anything other than personal -- every wound, every sickness, every death or heartbreak hit home because everyone was your home.  And you were born and died in this like your parents and their parents lived and died in this; and this was the only thing you or anyone else knew.  It was probably the only thing anyone really dreamed.  Sure there were arguments here and there and people got jealous over women and such; but there was never any choice but to care.  What happened in the next tee-pee affected nearly all the tee-pees, and there was very little privacy, and you were never really alone.  But on the upside you were never really lonely.

When we started living in small towns things may not have been anonymous but they were awfully close to it.  Suddenly there were people getting sick who you couldn't care about, either because you didn't hear about them or your hands were already full; and I imagine the shock of having people hurt so close to you and not giving a shit was pretty jarring at first.  The prophet Ezekiel rails Sodom and Gomorrah not for being gay rapists, which is a capital offense, but for "being full of food" and "unconcerned" in the presence of the poor (16:49-50): a violation that could get you ostracized in any hunter-gatherer society, but was mandatory in an agricultural one.  The writers of the Bible themselves, so far from speaking from an eternal perspective, were in the midst of a moral transition.

Things got less comfortable.  Suddenly towns were turning into cities, and cities were getting lumped into confederacies and nations, and the feeling spread, on some level, that people from cities were responsible for other cities -- that what had been done to them was an affront to us.  Still people lived and died "in unison" without others knowing they had ever lived at all, and what appeared cold-hearted in the city became par for the whole nation.

When nations of tribes became "us," and the major religions developed, this approaching so-called "universality of brotherhood" often meant zero concern for a random citizen's well-being at all: we could only watch out for national calamities, threats to the borders, tyrannical measures by a common ruler -- not single sicknesses, or murders, or homelessness, or kidnappings.  We had become more sensitive to the brotherhood of mankind, but each of us were strangers and bastards in a completely inconceivable family*.  Every man except maybe the merchant and the statesman had his concept of the world limited to his farm, his street, and his city; and he said he fought for the nation and died for the nation, but he never actually saw the nation, or could even accurately describe it.  Belonging left the realm of the concrete and became a concept.

I remind myself of this whenever I see a national news story about a hiker gone missing or a housewife who got murdered.  At first I think, who cares? and in an instant I hate myself for not caring.  But who are they, who is she -- she, of all the people out there suffering, to get attention from me?  Not that I'm a God -- I would argue that so far from being above her plight I'm beneath it: my excuse for not caring is that I'm only a man.

The truth is that the reason I care at all, if I do have the energy and capacity to care, if I even hear about her at all, is that someone else decided I should.  And these people, who are totally uncomfortable letting her disappear, are supported by others, who are afraid of letting themselves be cold.  Give us someone to care about, they say, and others deliver, and it makes them all feel like they're still alive, that they're still human, that they're not letting dozens, hundreds, thousands of others suffer and die right down the street --  which they are.  A vague and inescapable guilt permeates modern man's consciousness, and a fear alongside it -- that just as we don't care about others, so others don't care about us, and that when it comes time for us to suffer, we're going to have to go it alone.

Thus I believe the militant empath is a lot like the bodybuilder or the health food enthusiast: removed from his natural surroundings, the health nut forces himself to eat vegetables and lift weights so he can attain the self he was supposed to be; and the empath, like the weight-lifter, has to look for someone to pity and save.  He loves like others lift: not just because lifting or loving are intrinsically good, but because if that part of him isn't used regularly and exercised, other parts of him begin to die off.  He creates artificially what nature was supposed to do and what society walled off. 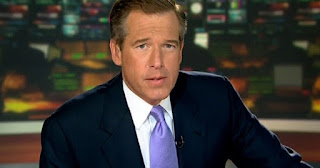 The question is, who does he love?  And if he loves truly, and advocates for anybody -- some stranger -- does he force you to love alongside him?  Can he love someone alone?  And who gets to choose the damsel?  What makes a damsel worthy?  Is she beautiful --  someone famous?  Or is she suffering something lots of us are suffering?  Or is she unique, and takes more energy to love?  Or does she represent a type of person we're supposed to care about?  Do any of these things matter if she suffers and we get to feel for her?  Does feeling matter if we can't do anything?

I don't have an answer to any of these questions -- the important thing to me is that they're asked, and that if we're being forced to swallow a sob story, that we note many times we sob because we're told to.

*As time progressed, the "brotherhood of mankind" rhetoric became louder as the reality of it slipped away.  Maybe it became louder because it was slipping away.  In Abraham's time and well after, not feeding and housing a traveling stranger could leave a major stain on your character; and even Lot, living in the middle of Sodom, was willing to endanger his own daughters for the sake of his unknown guests.  Whether this was common practice among all nations back then is beside the point -- it is common practice nowhere in "civilization" now.

Start your subscription today.  Get my free ebook essay collection by emailing me at letterssubscription@gmail.com!