Remember that essay I wrote about the four virtues? From the sound of it, you might be led to believe I'm an impressive person.  The secret to my success is I know that I'm not.  I get better every day at mastering the Big Four, of course, but what I'm best at is the unmentioned virtue that doesn't win you any statues, and that virtue is humility.  I should have gotten a trophy for it by now, but people think this defeats the purpose.  Allow me to tell you why they're wrong.

Humility is the art of knowing your place*.  You can reach for the virtues but you can't always be them -- at least not for too long, and a humble person knows it.  Once you think you are them you get knocked off your pedestal, and it's embarrassing; so the most comfortable place to set up base camp is low.  You can climb from this sea-level position for short bits of time and aim and posture all you like, and get lots of spiritual exercise, and dream; but you can't fall from it, so that's where you should try to put yourself.  Because gravity is real, and it always wins.  Genius today, idiot tomorrow**. 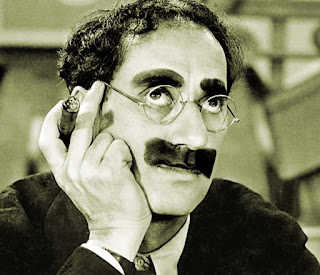 People like to praise humility and then pretend like humiliation is a terrible thing -- as if realizing your limitations and getting a level head are a disgrace.  What humiliation means is you gained your brains back.  You got sure footing.  No longer run amok by dreams of your own grandeur, yodeling light-headedly in the too-thin air of jagged mountaintops, you sit quietly on the fertile grasslands of reality -- unshook by whatever it is you actually are.  No delusions here of your own perfection.  No surprises or pretenses or unsure footing.  The cynic maintains his happiness by leveling the world***.  The humble man stays happy by leveling himself.  Pride goes before a fall isn't a likelihood, but a certainty.  You start taking yourself too seriously and that's when you turn out to be the punchline.

Unlike the other virtues, humility isn't impressive -- but it's lovable.  It might not get you ballads, but it can win you allies.  It isn't pretending you're the same as everyone else, or that you're worse than them -- a bald-faced lie, when you really consider it****.  Humility looks like asking forgiveness before the other party even suggests it, being the first to reach out and end a quarrel, listening to other other side's ideas and really considering their merits, making jokes at your own expense*****, adapting to a situation instead of continuing in the wrong direction, being a general and sleeping on the ground with your troops, asking for help when you don't know what to do, and crawling around on all fours with your children on your back.  Humility sounds small but it allows you to encompass all of life, to grow into better things, to make and keep allies and good friends and devoted followers, to impart a good idea when others would just fight over it.  I said the virtues bleed into one another, and they do.  Humility stands on its own, but when you really start talking about it, it looks a hell of a lot like prudence.

*What does a man with a really big ego forget?  That family are the only people who really love and care about you, and almost everybody else is just a mercenary.  One of them cries for you when you're down.  They'll search for you forever if you ever go missing.  And if they can't find you, they'll always wonder where you are.  The other one forgets you when you stop making them laugh, or earning them cash, or helping them win, or getting them off.

We could love each other more, but I doubt this would be an improvement.  God gave us small families because we're guaranteed to lose them, and we can only handle the heartbreak so many times.  The rest of us we've been blessed to forget -- so I thank God I'm able to be forgotten.

One of the most curious human delusions lies in the theory that cynics are unhappy men -- that cynicism makes for a general biliousness and malaise.  It is a false deduction, I believe, from the obvious fact that cynics make other men unhappy.  But they are themselves among the most comfortable and serene of mammals; perhaps only bishops, pet dogs and actors are happier.  For what a cynic believes, though it may be too dreadful to put into formal words, at least has the merit of being true -- and truth is ever a rock, hard and harsh, but solid under the feet.  A cynic is chronically in the position of a wedding guest who has known the bride for nine years, and has had her confidence.  He is a great deal less happy, theoretically, than the bridegroom.  The bridegroom, beautifully barbered and arrayed, is about to launch into the honeymoon.  But the cynic looks ahead two weeks, two months, two years.  Such, to borrow a phrase from the late Dr. Eliot, are the durable satisfactions of life.

***The Psalmist says there are six (psych, seven) things the Lord hates, and one of them is haughty eyes.  Personally, I would have said He laughs at them, because once I start thinking I'm great I end up laughing at myself.  That and I'm sure there are seven worse things than a hot woman with a ugly air.  At the very least it has to be eighth.  But I don't write for God.  I tried a while back and nobody bought it.

But some people buy it about themselves, and I think it would be fun to ask a smug pastor what Jesus asked the Pharisees about John the Baptist.  Does the pastor's authority come from God, or from man?  If he says "God," then anybody who really knows him, and saw how he evolved his theology, or the blunders he makes on the pulpit, knows he's a liar.  If he says "himself," then anything he says can be called into question.  The illusion that there's an in-between only exists because nobody has bothered to ask.  Ruins the whole party.

I know how the Catholics resolved this question, but the Protestants have yet to do it, and they know it.  It's the question they dread more than any other -- and a man has to either go David Koresh and claim to be a prophet, or lose his authority and become a layman like the rest of us.  The Kingdom of God could never be a 60 man democracy named First Baptist, and it allows for little skepticism in exegesis.

****Just because I'm humble doesn't mean I'm average.  I don't think of myself as equal with junkies and I don't measure myself by Joe Plumber.  If I fly above them it's because I size myself up with King Cyrus.  To keep humble, to keep level, is also to keep from sinking into the sewers -- by constantly judging yourself by the angels.  Are you great?  Compared to what?

Machiavelli put it much better:

I point to the greatest of men as examples to follow. For men almost always walk along the beaten path, and what they do is almost always an imitation of what others have done before. But you can't walk exactly in the footsteps of those who have gone before you, nor is it easy to match the virtues of those you have chosen to imitate. So a prudent man will always try to follow in the footsteps of great men and imitate the truly outstanding, so that, if he isn't quite as skillful as they are, at least some of their ability might rub off on him. One should be like an experienced archer, who, trying to hit someone at a distance and knowing the range of his bow, aims at a point above his target -- not so his arrow will hit the point he's aiming at, but so, by aiming high, he can reach his actual objective.

*****A joke at your own expense is a weapon.  Make a joke about somebody else's behavior and they might take offense.  But if you're both guilty they'll laugh along with you, and if you're trying to teach them something they're more likely to buy it.  Misery loves company, but moreso the guilty.

A joke at your own expense is taking the lowest seat, as Christ commanded.   And you'll find that when you do it well, you get promoted from punchline to professor.