Saving the Asians and womenfolk

The news outlets and women have spoken.  Nearly every day for the past two weeks I've seen at least several posts demanding that I, Homo Blanculus, the almighty white man, who knows and sees and does all wrongs, put an end to punching Asians, and also to raping women.  This morning I was in a good mood (and I have a taste for gallantry anyway), so I decided to accept their challenge.  So let it be known that I won't rape a lady or punch an Asian this week.  Nay, I'll outdo their expectations and take the pledge for all year. 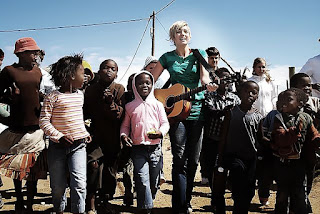 But this didn't cover the rest of white Christendom (ignore the black people's mugshots), so I decided to draft a plan for the rest of us.  It goes as follows.

Regarding the Asian punchers:

My first plan is to raise the general IQ levels above 80.  This will require, first of all, that smart women start having children instead of going to med school -- which we used to do until women became too smart to understand concepts like genetics.  How is the planet supposed to get smarter if all the smartest women are one-childers -- or childless?  The population is skyrocketing and the most capable women aren't breeding.

Second I would like to reinstate the death penalty everywhere it's been abolished, and increase its scope to include all drug peddlers, violent rapers, human traffickers, people who support the body positivity movement, people who raise taxes on landlords expecting to lower rent prices, people who think pregnant women can beat a Chinese or Russian soldier in hand-to-hand combat, and everyone who follows Cardi B on Instagram*.  Most of these are women, but most women say they believe in equality, and the statistics on death row are already too one-sided.

Once the IQ has been raised and people stop punching random Asians, we can move on to the rapers, who are of a higher intelligence, and thus more difficult to deal with.

My first plan was to make raping illegal.  It was to empower every cop in the nation to grab any rapist-in-the-act by the du-rag, beat him silly, and drag him off to prison.  I would even authorize a passer-by to do it.  Then I realized something depressing.  Raping is already illegal.

It turns out raping has been illegal for so long that even nomads in the book of Genesis got angry about it.  I believe it's almost always been illegal, in fact, and the best person to publicly suggest fining a rapist was God -- in the Torah, well before 1000 B.C..  But it was only a fine.  And the fine went to her dad.   And the woman went to the rapist (it was with the dad's consent, don't worry).   So some improvements had to be made on perfection.

After reconsidering the matter we got to killing the rapists, at least until women got the vote.   And now that women vote, we feed and house rapists with tax money.  So now the raped woman is forced to pay him -- a singular reversal of affairs, but incredibly humane.

Anyhow, making rape illegal was my big plan, so naturally I was pretty upset after finding out it was already banned.  How can people still rape when it's against the law?  Then I realized the obvious.  They get away with it because there aren't enough policemen.

But then I thought of the times we live in, and the fact that stopping criminals, in many major states and cities, in the next four to five years, is going to be legally precarious for cops -- in order to protect black lawbreakers (whose lives matter).  Not to mention expensive.  So I've decided to personally be in all the dark alleys in the middle of the night, on dates as a third wheel with every stranger a girl meets on the internet, at every sleazy club, in every douchebag's apartment at midnight, at every drug-fuelled frat boy skank-fest -- in short, everywhere free and intelligent women choose to go**; and that I will personally defend them with my own life and limb.  Not that they need me, or their brothers, or their parents, or even their friends to watch over them or put their two cents in (women are very smart and very strong).  But if they'll accept me, I promise to be everywhere and know everything.

These are the best plans I could come up with.  As a white man of average capability but incomparable power (because of my white privilege), I hereby decree punching Asians and raping to be abolished, and that the above-mentioned statutes will be carried into action immediately; and that the other races will abide by it since I am their master; and that the funding will be provided immediately since all white people have money.

*Plutarch writes in his life of Solon,

Under the Draconian code almost any kind of offense was liable to the death penalty, so that even those convicted of idleness were executed, and those who stole fruit or vegetables suffered the same punishment as those who committed sacrilege or murder. This is the reason why, in later times, Demades became famous for his remark that Draco’s code was written not in ink but in blood. Draco himself, when he was once asked why he had decreed the death penalty for the great majority of offenses, replied that he considered the minor ones deserved it, and so for the major ones no heavier punishment was left.

**The first defense of a woman is her brain.  Shy of a brain, what the feminists have to realize is there is no defense.  Nature has never been kind to the stupid.  The rapists are always waiting, watching, lurking for a moment of vulnerability.  They don't give a shit about what you say, or what the laws are.  When she puts herself outside the protection of good men she knows, she's always on her own.  There is no amount of laws that can protect her from it; and the only way out she sees, or is even capable of seeing, is reducing everyone else's liberties to a toddler's.  She's incapable of living freely, so she wants everyone to be slaves.  She has no idea that without liberty there is no safety, and the moment she and all her loved ones are disarmed and outclassed by the powerful and their favorites, every woman is game.  A drastic restriction of liberties is never meted out equally.

Even the church is a dangerous place when people are put into servitude.  Barbara Tuchman writes in A Distant Mirror, her history of the 14th century, that the nephew of a French abbot visited Italian Perugia, fell in love with a married noblewoman there, broke into her bedchamber in an attempt to force himself onto her, and, when she went out the window to escape his advances, she lost her footing and fell to her death.  The citizens gathered in protest, only to find the abbott indifferent.  His actual reply was "What?  Did you think that all Frenchmen were eunuchs?" -- a response that turned Florence into a rebel state against the papacy, and eventually led to the Papal Schism.