Man up or shut up

One thing I hate is a grown man complaining about "anxiety."  I'm well aware it's a condition.  It's what we know as the human condition.  I'm also aware that, being a problem of the imagination, some people have worse anxiety than others, like some people can plan skyscrapers and others can't imagine doing a good job at MacDonalds.  I know life can go sideways at any moment, and that people might not like you, or that you can catch a disease, or look like a fool, or lose lots of money, or a lover, or a job, or the country can go to hell, or hell might be real, or somebody might make an all-black-cast reboot of The Golden Girls.  I know that life will go sideways at some point, and that not having it go sideways is temporary, and mostly a matter of luck -- i.e., beyond your control*.  Our hopes are the source of our fears.  The news is overwhelmingly bad.  Car crashes, the main way we get almost anywhere, are the main cause of death and probably mangling.  God isn't answering your prayers.  Oh well.  You're not special.  It's you and everybody else.

I believe in emotional breakdowns, and that each of us has varying levels of emotional strength.  Beyond this I believe it's a duty, even a joy sometimes, to reach down to someone who's struggling and help pick them up.  But if life is never safe, the only thing you can secure is your dignity.  So be dignified.  Be manly.  Eat your vegetables.  Work out.  Stop eating sugar and drinking like a frat boy. 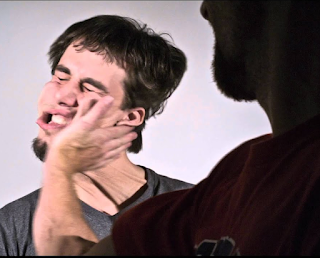 This will take care of the chemical side of it.  Valium and Xanax won't save you from fear.  I've tried them, and they're useless.  You need the fear anyway.  Fear is the only thing keeping you alive and healthy and free, and it's your friend, so use it as a guide; don't run from it or cry about it.  Unless you're facing something totally out of the ordinary, and generally considered devastating, don't complain about it.  Don't even talk about it, unless you're asking how the rest of us deal with it.  It's here to stay so make a home for it, work with it, think about it, manage it, plan with it.  But for God's sake, if you want other men to respect you, don't post memes whining about it.

PS: There are some people who have a right to bitch about anxiety and depression, and those are people at the top and at the bottom.  Solomon got too high and we got the Book of Ecclesiastes. Boethius got too low and we got The Consolation of Philosophy.  If you're the king of France or a black kid in Newark you have every right to be on edge; and heavy is the head that wears the crown isn't a complaint, but a fact -- and I would add wary are the eyes that sport a hood.

The in-between struggle of middle-class life has yet to produce an anthem; and if it was in the power of any generation to do it the Millenials would have done it already.  But the most materially-blessed and college-educated and whiny generation in all history hasn't, and I think this is proof they know it's laughable in comparison.

Still, the middle isn't without its anxieties.  As Carlin put it, The middle class pays all of the taxes, does all of the work. The poor are there just to scare the shit out of the middle class.   Our fear isn't a fear of where we actually are but of where we might fall -- the most natural thing in the world in the richest, most powerful nation in history. We suffer anxiety for the usual reasons everyone else does, but also because we aren't used to grass huts and homespun clothes anymore, we got too distracted to chase God, and we know if it was up to us, we couldn't build this place again.

*Ironically, the fact that things are beyond your control is the reason wise people have dealt well with fear for millenia.  Their thinking goes as follows.  Once you realize you can only do so much, you should find exactly how much you can do, give it your best shot, and leave anything beyond this up to God -- the best recipe, alongside a clean conscience, for a good night's rest.

Beyond this the Stoics recommend the following measures.  If you're afraid of poverty, try going without food for a day, or surviving on something lousy, like plain bread, or oatmeal and water.  Be cold for a while.  Sleep on the floor with a thin blanket, or in a car.  Wash up in a Macdonald's bathroom, or crash at a friend's house for two days and pretend that you're homeless.

For every fear there's a vaccine.  If you're worried you won't be beautiful someday, shave your head, or wear "poor people clothes" for a bit.  Better yet, develop a personality.  If you're worried people will leave you or die on you, imagine yourself right where you are, alone in your room, and accept the aloneness.  If you're afraid of pain, play football or something else that will bruise or cut you or break a bone; and remember that the most excruciating pains are the most temporary: the very worst of life will kill you, and usually fast.  If you're afraid of your country going to ruin, read books about other people's countries going to ruin.  History will feed your fears but it will put things in perspective.  You can always find someone who's worse off than you, and you should have these stories ready to go, for use at any moment's notice.  If misery loves company, put yourself in the middle of the universal tragedy.

In all things remember this: that fortune varies constantly; that everything you have will be lost eventually; and that the only thing you really possess is yourself.  So possess yourself.  Build yourself.  Nourish your soul.  Ask God to bless you with wisdom, and strength, and character, and aside this to forgive you for everything you've done wrong.  Ask Him to stand close to you and speak to you so you can meet Him someday and not be embarrassed or shocked by Him.  Read Boethius' Consolation of Philosophy, and Montaigne's essays, and Plutarch's Lives -- the manuals on dealing with tragedy.  Keep yourself first -- and everything else can fall apart.