In these troubled times 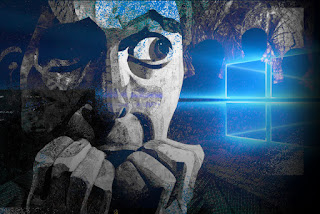 When I was a boy and I would see scary things in the news, my mother would say to me, 'Look for the helpers. You will always find people who are helping.' To this day, especially in times of disaster, I remember my mother’s words and I am always comforted by realizing that there are still so many helpers—so many caring people in this world.

And here's another hopeful one from E.B. White,

Sailors have an expression about the weather: they say, the weather is a great bluffer. I guess the same is true of our human society—things can look dark, then a break shows in the clouds, and all is changed, sometimes rather suddenly. It is quite obvious that the human race has made a queer mess of life on this planet. But as a people we probably harbor seeds of goodness that have lain for a long time waiting to sprout when the conditions are right. Man’s curiosity, his relentlessness, his inventiveness, his ingenuity have led him into deep trouble. We can only hope that these same traits will enable him to claw his way out.

***The chief characteristic of spiritual midgets is envy; and the political manifestation of envy is leftism.  Bacon says in his essay On Envy (some of his Old English modified by yours truly),

A man that has no virtue in himself always envies virtue in others. For men's minds will either feed upon their own good or upon others' destruction; and whoever wants the first will prey upon the second; and whoever lacks hope to attain to another's virtue, will seek to even himself out by tearing down another's good fortune. [...] Envy is a galling passion, and walks the streets, and doesn't keep at home.  [...] It's also the vilest affection, and the most depraved; which is why it's the proper attribute of the devil.