May 27, 2020
Dear H,
Trump Derangement Syndrome is real, but we on the Republican side have yet to develop an immunity to Obama.  Nothing the man said, in office, would please us.  And how could it?  We could sniff his hijinks out for miles.  He was throwing us under the bus on the first day.  Going on apology tours and bowing to enemies.  Talking about how he was going to personally roll back the oceans, about Americans clinging to our guns and our religion, about how the future must not belong to those who slander the prophet of Islam.  He said Obamacare would be debated publicly and then rammed it through behind closed doors. 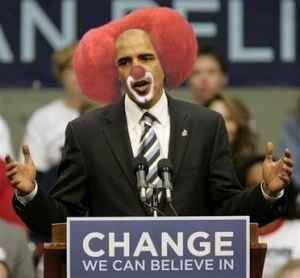 I am a writer and I am a feminist, and the two seem to be constantly in conflict. The problem, I’m afraid, is that as a writer my commitment is to something that, God help me, I think of as The Truth, and as a feminist my commitment is to the women’s movement. And ever since I became loosely involved with it, it has seemed to me one of the recurring ironies of this movement that there is no way to tell the truth about it without, in some small way, seeming to hurt it.

This, in a collection of essays ostensibly about feminism, but which almost constantly points out the failures, the vices, and the imbecility of feminists.  She was too honest to fit in.  Loved women too much to let them slide.  Saw too far ahead to let little errors grow into big heresies.  Almost like a parent disciplining a child -- knowing all the time that the hatred she'd get now, from the immature, would be balanced by love later from the mature.  In politics the stakes are higher.  Feminism can ruin marriages.  It can make girls stupid, or ugly, or keep them obese.  Sometimes all three.  It can lead you to throw away your dignity, or to get chlamydia and go sterile, or to put yourself in situations where you're likely to get murdered.  But if politics goes bad all our families are in danger.  And I admit that Trump -- a president I love, by the way -- is a much safer choice than Hillary was.  But when he was running for president this issue was a big one.  We knew what he did outside of political power.  What would he do in it?
I took his statement as it stood back then and I take it that way now.  I believe you can still love someone and analyze them, criticize them, discipline them.  Only a wise man knows what hangs in the balance.  He knows when the time's right to abandon a man because of a fault, or to downplay it, or to ignore it.  In our case we ignored it.  We lucked out, and he isn't a rapist as President.  I doubt we'll be so lucky with Presidents in the future.
Like these essays?  Email me at letterssubscription@gmail.com and start your subscription today.