I consider Origen a failure because he cut off his gonads.  St. John lists three sins of the world, the lust of the flesh, the lust of the eyes, and the pride of life, and of these three Origen picked the easiest to cut off.  He felt it was easier to get rid of an aspect of himself than to master it, and this willingness to part with the balls God gave him supposedly made him more Godly -- until the pride of life led him to heresy, and the heresy forced the church to get rid of him.  This goes to show if it isn't one thing it's another.  If you want a spotless record, suicide is always the best answer.

The New York Times is too much like Origen for this advice, however, and the thing they want to cut off is Facebook.  In an article titled What if a healthier Facebook is just... Instagram?, his Holiness Kevin Roose, a man deeply concerned with (and I quote) "our health," citing a wealth of evidence that words can be dangerous, proposes that we reverse the process of kindergarten, ditch the use of words, and trade them all in for some pictures.
He proposes three ingenious solutions to the malady of reading.  First he wants to "de-emphasize" text for pictures.  Second, he doesn't want anyone "sharing" things we post.  Third he wants to keep you from sharing links to other texts.  And fourth, realizing that pictures still convey ideas, and especially (in his opinion) such "harmful" ideas as beauty, he recommends "containing" the influence of "bad actors."  Origen ruined the body God gave him.  The Venerable Roose, apparently smarter and better than the rest of us, has decided to cripple the brain God gave you.

This proves that in the interest of "health" you can get too clean.  In fact the pursuit of sanitation can bleach you right into a sanitarium, and the things most responsible for making us sick are the things most responsible for giving us life.  Sticking things in your mouth, for instance, or sticking parts of yourself into parts of someone else.  Or shaking hands or raising a kid or eating from a taco truck or having a dog -- all things that from any rational standpoint are just nasty; but is the average, sane, healthy person going to quit them if they have a choice?  Not a chance in hell.

I admit the mind is a dangerous thing -- not even to waste, but to have.  It's also filthy.  Frank Zappa said the ugliest part of your body is your mind and I agree with him.  We know, from the day-to-day experience of being on Facebook, that lots of us are shallow and angry and bigoted and ignorant and rude and stupid* and fake and too gullible.  The question is, what of it?  What if the way to get past all this wasn't to be connected less, but to be connected more?  To see others more for who they are so we can get a clearer picture of them -- and thus of us?  What if the cesspool of humanity known as the internet was only a window to the things that were already there, which we hadn't confronted because we weren't able to see them -- which we're shocked to find, can only hope to improve, but can never really erase?

The white flag waved by The Blessed Roose is the same flag flown by the Origens and the Franciscans and the Celestines and everyone who wants to cut something off because he can't handle it.  The monk sees the mess of sex and the lure of pride and the pitfalls of wealth and loathes all of them; and not knowing what to do with the best things in life, and not feeling strong or brave enough to confront them himself, he throws them all away, moves into a monastery with a bunch of other useless neckbeards, and gains his soul by losing the world.  Except what Roose is throwing away isn't his world.  It's yours.  He'll still be writing for The New York Times, and his thoughts will be carried from the East Coast to the West and beyond.  Your voice will be confined to your home.  Your thoughts, should anyone desire to share them, will be locked up in the cloister of your neighborhood.  The Catholic monk was abusive to himself.  The secular monk, believing strongly in his own purity, prefers to be abusive to you.

As such the answer to the idiocy on Facebook isn't getting rid of Facebook.  It's learning how to not be a fool on it.  It means setting time apart from it, checking your facts, thinking before you post, deleting things you shouldn't have posted, learning how to express yourself clearly and quickly, trying to be interesting, learning to not overshare, developing your taste in things, getting your friends to laugh, refusing to be overbearing, encouraging your allies, embarrassing your enemies, graciously losing and winning your arguments, and, above all these, realizing that just because you can't see a face on Facebook doesn't mean there's not a person there.  Has anyone mastered this?  Never.  Not on Facebook, and not in real life.  And yet we refuse to get rid of life -- so we should refuse to get rid of Facebook.

There's one last thing to be said in defense of Facebook.  People keep saying we're addicted to it, but this isn't the truth of it at all.  The truth is that Facebook gives us a new way to be addicted to each other, and when you put it that way it's actually sweet.  The program isn't the problem.  There is no problem.  We have simply gotten too close -- and we're only learning how to express this new, unprecedented, electronic kind of neighborhood romance.

**People say we're getting dumber but I don't actually believe it.  I believe our intellectuals have gotten worse, and are currently some of the most useless and dangerous fruitbaskets of any country of all time.  But for Americans in general I believe we're as dumb as we've ever been; and this outpouring of outright insanity, which manifests itself in the comments section of middle-to-low-brow magazines, is only happening because the people we never wanted to hear from have a bullhorn.  Before today they couldn't only not read or write, but they didn't have access to anyone to publish them; and now they flood the banks of our streams of communication, and the literati who used to shape the national conversation are now overwhelmed by people who express things a wiser man would be embarrassed to say, or would outright suppress, or would only publish to laugh at.
Anyhow they not only vote now but they can publicly argue; and this torrent of moral, spiritual, and intellectual vomit proceeds daily out of the newspapers and blogs and streams right into the comment sections.  Misunderstandings proliferate more than they ever have, sub-human intelligence gives vent to sub-human mentalities, and as one man sharpens another and man's herd-like tendencies are more accentuated in a mob, the half-witted and the insane bellow and yelp, their brothers and sisters hear the call, and an orgy of ignorance and outright animalism begins that we were capable of starting, but aside from drastic measures like The Second Coming or a nuclear apocalypse are incapable of ending.

This is the reality of the hashtag generation.  We believed in equality so we made schooling available to all, taught the barely capable how to read at the expense of the intelligent, gave everyone wifi, and the consequence of this is we now suffer the literary barrages of said dunces and believe the dunces are America.  Education was supposed to lift up the masses and it has only demoralized the intelligent.  Technology was supposed to bring the library to the ignoramus, and it has overwhelmed our digital library with the rants of ignoramuses.  Democracy was supposed to save us but it has, in a rare unification of theory and of practice, largely empowered the incapable.  Our philanthropists got too philanthropical, and they have carried "education" to the point where we have given too many degrees to people who were better off digging ditches and ranting in padded rooms.  You can empower an ass, but it's impossible to actually improve one.  It turns out he has to do it himself.  And he won't.

There's simply no way around these people at this point.  A love for humanity is tolerable but pride in it isn't; and one day we'll realize that humanity can be bettered by not wasting our time on the un-betterable.  It serves us better to only police them, and beyond this to allow them to be guided by something more reliable than their "reason" -- such as their instincts.  Until then the best advice I can give to a thinking man (for there's no point in giving any to any other), if he values the remaining sentiments of hope within him, is to stop reading the comment sections, ignore the retarded books on current affairs, and bury himself in the rhetoric and arguments of our ancestors.  Throw Bill O'Reilly away for Macaulay, and the rest of our pundits for Burke and for Gibbon.  Tailor your speeches to the masses if you have to, but but never condescend to tailoring your thoughts; and remember that for every twenty stupid opinions there will be a great one -- perhaps how it has always been, and probably how it will always be. 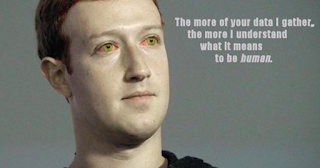