Gay pride month leads me to ask a lot of uncomfortable questions -- about the sanity of the American public.  I asked, for instance, why gays get a whole month when Memorial Day is only a day, and beyond this whether The Village People are more important than my great uncle Bob*.  The answer, so far as I can tell, is that my great uncle Bob only died fighting off the Axis Powers.   He was only in the Army.  He didn't sing In The Navy.


Truth is I wouldn't even want to tout Uncle Bob for whole month, and I wouldn't want to do it because I wouldn't want to get tired of him.  Simply put, he deserves better.  We can only do reverence for short periods of time before even thankfulness becomes obnoxious; and beside this is a historical fact, that the only people who've successfully made public holidays last more than a week have done it for sake of religion.  Worthy of first mention is Lent, in which Christians spend a month getting themselves right by fasting and prayer and penance before celebrating the resurrection; followed later by twelve days of Christmas --  a more tolerable plan in general.  The Jews are more moderate, in that Hanukkah never lasted more than eight days; and to top all this off we have the Muslims, who teach themselves, over the duration of a whole month, that they’re capable of resisting their bodily urges.  Penance, advent, survival, self-control -- great ideas, all of them.

Then there's Gay Pride Month -- for the gayness that's more important than God coming down to earth or keeping us from hell, or freedom, or beating the British and the Nazis, or even the arrival of the eight-hour workday.  A man with a brain knows this is backwards.  He'd note that a holiday is usually declared because somebody does something.  And if not it's usually about the identity of the mass, not the identity of some part.

The other annoying thing about all this is that most Americans are neither black nor gay, and they can't be black or gay even if they try.  Most Americans are Christians (even if lots are bad ones), most Americans are white (even if they're ashamed of it), and most Americans are proud to be Americans (except when they're Democrats).  And I suppose this is the point of the month in the first place: to point out that some (or somewhat) great men were gay or black.  But if we have to be told for a month by the government that gay and black men are worth celebrating, the chances are they probably aren't.  Gay men get a month and our mothers only get a day because someone out there wants us to appreciate gay men as much as we appreciate our mothers.  This someone can hang himself.

A flood of third-rate heroes can have an unintended consequence.  It can make us aware, perhaps more than ever before, that most of the greatest acts of Western heroism, most of the greatest thoughts ever put onto paper, the overwhelming majority of the greatest economic and military and socio-political triumphs of global history have been made by white men, straight men, and Christians.  We have to have gay and black months because there aren't any George Washingtons or Samuel Johnsons or John Lockes or even Jim Sinegals in our gay or black history -- no men who really shaped and defined and benefited us as a whole, or even benefited the majority.

Africa and our black neighborhoods are a backward mess.  The greatest tribute to gay history is the most celebrated historical book second to the Bible, Plutarch's Lives, which concerns ancient Greece and Rome.  The only civilizations even comparable to Western civilizations are Asian civilizations, and they've only become comparable as they have become more Western.  So it turns out we've got everything backwards.  Instead of extending a hand to minorities and saying you could be our next Ben Franklin, we've extended a hand to whites and Christians and said you could be like this Gay Nobody.  And we've kept our hands extended for an entire month, which leads to sore arms --  and duller brains.

History will teach us that we're catastrophically wrong.  The best way to make brotherhood is not by celebrating accidental differences.  It's by uniting even the fringes to the majority in the civic and religious virtues that every sensible person finds worthy of celebration. 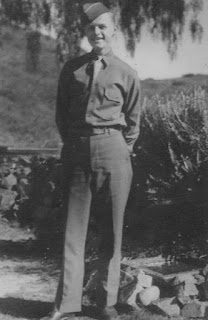 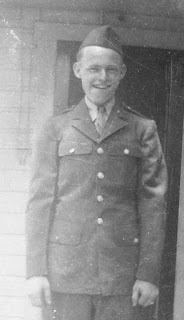