To love being American

Being an American is a messy business, mostly because nobody watches the mediocre or the boring.  The whole world has better things to do than sing about Scotland, and none of the African states are interesting unless they're on fire.  The more power and prestige a nation has, the more attention it gets; and even the worst of nations is forgotten for a while unless you're living in it, or it happens to be disrupting the price of oil.  The greater something is, the more it invites our criticism.  The greater the power the greater the corruption.   The greater the corruption the greater the envy.  First the nation becomes big and then other other nations try to make it small.  Whether you live inside or outside a great nation, praise will be skimpy and the insults profuse. 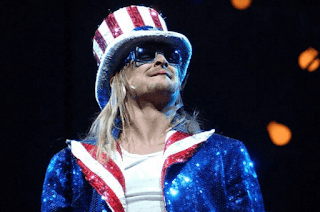 And so being an American is difficult.  We’re constantly hearing about our failures and nobody is talking about our successes.  We hear lots about our spying, meddling, murdering, cheating, blundering and not playing nice in general, and whatever it is that makes us great is practically invisible.  Adding to this difficulty, a common virtue is a forgotten virtue.  Unless a person goes above and beyond everyone else, his virtues are believed to be nonexistent simply because they're common.  Thus a person born and raised in the USA is doubly blind to his greatness: first, because he hears more about American faults than virtues, and second, because those American virtues which are plainly obvious are ignored.  Our virtues seem so natural that they're taken for granted -- like eyebrows.  You don't notice them when they're there, and they're all you can think about when they're not.

Thus an American who wants to know about the greatness of Americans has got to go outside America.  He's got to read things written by foreigners.  Not the malicious foreign press or anyone else who's jealous, or has an anti-American agenda, though; and this means looking for people who are attracted to us for one reason or another.  And I believe the most honest accounts given of American culture, in this case, are those found in travel guides.

We can count on the travel writer because writing about us accurately is his whole business.  If he tells our differences he has to do it accurately or his whole readership suffers; and the differences between cultures abroad gives us different contrasts and highlights we wouldn’t have noticed before.  Reading a Russian travel guide, for instance, shows that Americans hate and are suspicious of bribery, that we believe acts of kindness should be reciprocated, and that we see opportunity where others see failure and misery — perhaps most importantly of all that we loathe a whiner.  I’ve heard many Americans say that Russians are manlier than we are; but what could be more manly than incorruptibility, justice, and a masculine optimism?  This ignores even the fact that Russian men are advised not to ogle our women, and that doing so could land a visitor in serious trouble.  We complain that in America, chivalry is dead.  Perhaps this is only because we haven’t been to Russia.

Reading a Japanese travel guide is equally flattering.  Few would have guessed the minor victories of American civilization, such as our skillful and tasteful driving (they said it, not me), our passion for playing and working on the same days, and that Americans think of holding their liquor not as drinking in excess, but as controlling our consumption.   Fewer still would have guessed that Americans are hearty laughers and heavily sarcastic: when reading a Japanese perspective, you could almost be led to think we were Germans (except, of course, for our moderate drinking habits).  And yet again — almost as though that old American stereotype were the most or only true thing about us — the Japanese guide says we make mistakes and pick ourselves up, almost as though Americans were the only invincible people on the planet.  In Japan, the travel guide says they're afraid to lose.  In America, it says we know we have to be ready to lose before we can win.

The most insightful, eloquent, and flattering account ever given of Americans, though, has got to be Tocqueville’s Democracy in America.  Its age does little to hamper its usefulness: we see the greatness of American culture explained in great detail by a French aristocrat, its vices and its virtues and its manners laid bare, and that germ of hearty and indomitable spirit explained.  In it we have both a description of what we were, and what we can be — oftentimes what we still are.  I once heard an old, well-traveled African man say that nothing was really American because we’ve "only existed 200 years."  He should read Tocqueville explain, right after the Revolution, the differences between English and American manners.  Then suddenly the TEA Party makes sense, and the rugged mountain man and the railroad tycoon find themselves united: in fierce independence and self-reliance and unusual manners; perhaps never as religious or as educated or mannered as when we were Puritans, and never quite as equal as during the Revolutionary era, but perhaps always only steps away from reclaiming it.  America has changed, but it's still America.  It has yet to be seen whether we love our nation enough to remember who we are.

Perhaps we’ve been going about multicultural education all wrong.  Perhaps instead of teaching the virtues of other nations, which is nearly always what happens, we should be showing our children how other people advise their friends and clients to behave around us.  Perhaps some patriot will take this suggestion seriously and write a new textbook. Not every man can afford to travel to a foreign nation, and fewer of us can visit multiple.  But every student can examine himself through the lens of another nation, and know that if other nations are special, we are too — and in many ways, one might even call us exceptional.